2.4x ROAS (return on ad spend) and most successful ticket sale effort in 10 years for their spring show.

The spring show has historically underperformed in terms of attendance. On the other hand, the winter show almost always sells out completely.

The scope of work I was handed had some roadblocks:

Let’s dive into it.

Before we even touched the Facebook Ads Manager, I opened up a blank word doc.

I made SURE we went over all the details of the event, the historical context, messaging, audiences, and assets available.

The budget was pretty tight like I mentioned. Not just with my time, but the ad budget as well. With the show five weeks away, we had to make each moment and dollar count.

We identified their core audience of past event attendees, friends and supporters on social, a different age demo different than their current core fans, and then a broad audience of people around the Sacramento region.

I crafted fun and unique ad copy and headlines with the clients in the chairs next to me. Especially with the limited time and training component of the scope, this was key to leverage their expertise of how to speak about their brand and shows. I guided them in the right way with best practices in terms of styles of ads ranging from length, emoji use, and intensity of calls to action.

We matched a couple different unique messages to each of the audiences and divided up the budget.

I learned that most of their sales typically came from 2-4 weeks out so we were going to start with a heavy push in the beginning and then again in the last week leading up to the first show on Friday night (the second was Saturday afternoon).

Running out of time, I set up the campaign as an event response campaign as I thought this might be the best bang for their buck, walked through how to translate all the work we did in the word doc to the Ads Manager and launched we went.

We agreed to spend 70% of the budget in the first two weeks with the final 30% coming in that last seven to ten days leading up to the show.

We received HUNDREDS of event responses, but not many ticket sales.

Once that two week flight ended, I asked my clients if I could move some hours around in the contract so I could be more hands on with this last flight of ads.

I got to work in reviewing the data; we received really cost effective clicks and a higher than average CTR but the event response campaign wasn’t immediately translating to ticket sales.

I usually don’t like making so many changes at once but with limited time and budget, it was go time.

Based on the changes I made, the timing of the show approaching, and even potentially some of the event responders from flight #1 getting notified the day before/day of the show…

I was beyond stoked and my clients were, too.

2.4x ROAS overall and the most successful ticket sale effort in 10 years.

Clients were engaged and trusting. I was able to provide immense value by training the basics of Facebook ads WHILE delivering a profitable ad campaign at the same time despite pretty clear constraints with assets, time and budget.

This cheatsheet helps eCommerce brands identify appropriate target costs and a budget that’s right for them.

Get the free cheat sheet

Here is a quote from John about working with me (he also talks about our successful recruitment campaign for the chorus which was phase 2 of the project):

I worked with Matt in these Spring and Summer months this year in my capacity as the Membership Chairman for the Sacramento Gay Men’s Chorus. He had previously been working with our Executive Director on marketing our Spring show, which was our most successful ticket sale effort in ten years, Matt was very patient and super easy to work with, especially as I am not the most technically savvy person I know.

Together we created a mini-plan for marketing the Chorus to potential new singers through online ads using social media platforms. His advice on creating content (creating three distinct ad flavors) and timing, as well as how best to target the right audiences, proved to be quite successful. We had our biggest class of newcomers ever this season and most were the result of his expertise. Matt kept me informed of our results (even teaching me how to interpret them) throughout the campaign and was always available when I had questions.

Liked what John had to say? Enjoyed reading the case study? Contact me and let’s talk about how we can work together! 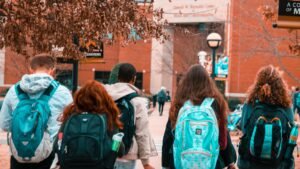 This site was Made by Proxy